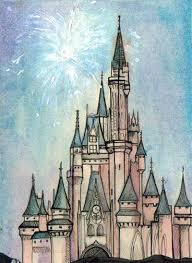 I guess the vacation was a hit with the whole family because it has been 6 days since we returned home and we are all still moping around wishing we were back at the happiest place on earth. I asked myself today, “What are the elements that create an unforgettable vacation?” I think the top three things would be: the people, the place, and the plan. It’s a give and take agreement on behalf of everyone in the party. It isn’t about what one person wants to do but, instead, what we do as a single unit. It’s about our group of 7 boarding a colorful miniature boat and then being sent off into dark water with magical music and twinkle lights to encounter the next adventure. It’s sharing each moment with selflessness and joy, even if it means sleeping on the dining room table (inside joke), and having a Disney duck step on your head. 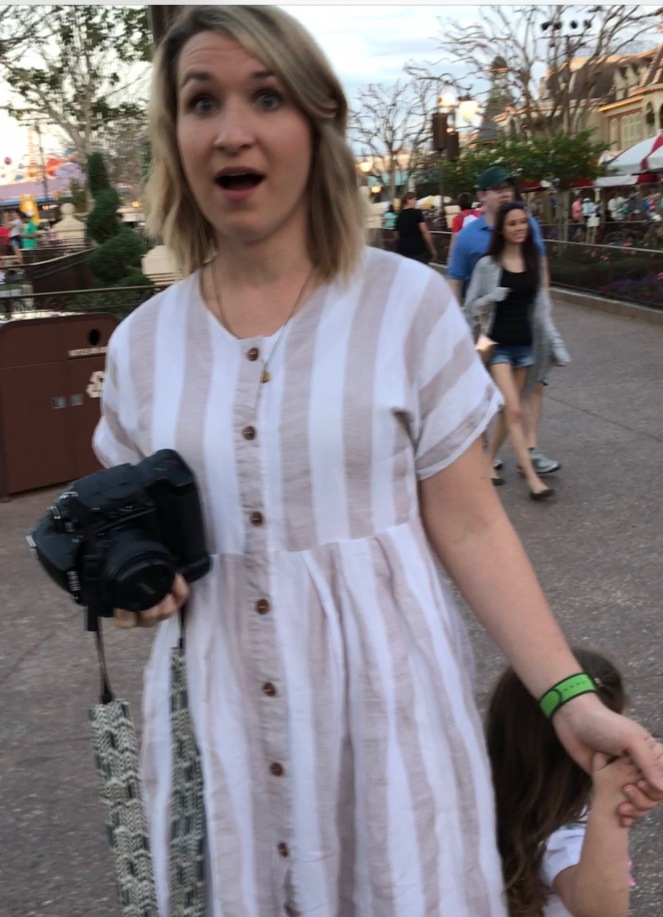 This photo I am posting is technically not a great picture, but it is priceless. It is actually a screen shot from a video I was taking when I got whacked in the head by the feet of a duck that was apparently a bit too heavy to actually take flight. It was shocking, and everyone saw it happen but me. It was, as all bird attacks are, unexpected. We were minding our own business and enjoying the moment, while waiting for our dinner reservation when, out of nowhere, a duck decided to use my head as a launching pad! Why is it always me? I was taking the video and was hit from behind, so I never actually saw the duck. I am relying on the word of my family that it actually was a duck. I asked in a shaky high-pitched voice, “a baby duck?” They said, “No, Mom … an actual full-sized duck!” The truth was I still felt the impact of the webbed moist foot imprint against my relatively small head. It did make sense that it was an adult duck because it was a jolting, dense hit felt throughout the top of my head, actually messing up my hair and throwing off my stance slightly. All I saw was my daughter, Rachel’s, face as she went from a lovely quiet resting face to horrified disbelief in one split second. What in the world?

Birds! They are both terrifying, yet, equally intriguing. My family has never been a big fan of birds. No good can come from a bird encounter because it usually involves poop of some sort. 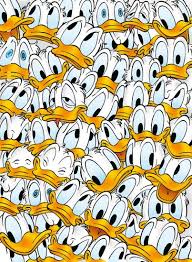 I think my best bird story happened several years ago to my husband, Bill, at a Home Depot in Fort Worth, TX. He was alone, which in my opinion, makes the story that much richer. He was in the landscaping area when a mocking bird began to harass him, as they are often known to do. It flew up from behind him and brushed its wing on his head a couple of times. A minute later, it did a dive-bomb and smacked his head with its feet! It was then that Bill devised a plan where he thought to himself, “The next time this bird comes up from behind me I’m goanna punch it right out the air!” I’m not one to judge but I thought, as he first recounted the incident, it just seemed unlikely to actually punch a bird out of the air … but who was I to doubt his bird abilities? He said the moment arrived when he could hear the bird gathering speed and then feel it coming up from behind him. At that moment, Bill swung his fist with all his might, aiming for just above the top of his head. Instead of hitting the bird, Bill almost knocked himself out, as his punch landed about six inches too low and he nearly broke his own nose when he slugged himself in the face! See what I mean? Birds … they are the worst! They have no limits. They can go wherever they want whenever they want. It is, at the very least, an unfair advantage.

I am a very compassionate person but, when I picture something unexpected happening in the midst of a calm scene, it is the absolute best knee slapping, can’t catch your breath, tears in the eyes kind of laughter. An ordinarily dignified person reduced to crouching and screaming is unmatched, for example, observing someone, from a distance, walking through a spider’s web. Come to think of it, there are quite a few hilarious times that mostly involve someone unexpectedly being surprised in some way.

The chances of recreating any of these scenarios are miniscule at best. Nevertheless, they are things we will never forget, and even make me chuckle as I write this now. These are the memories that make a family vacation – a compilation of ridiculousness that you could never make up plus the tender and precious moments in the face of a child seeing fireworks from behind a castle for the first time. Was it worth the year of planning, the cost, and the time taken? Well, let’s just put it this way … we are already planning our next magical escape together.

“Family faces are magic mirrors. Looking at people who belong to us, we see the past, present, and future.” — Gail L Buckley