I will tell you when I killed my first lion long ago.  In the spring of 1981

I was finishing my 2ndsemester at Southwestern Seminary in Fort Worth, TX.  The camp called Centrifuge was just a few years old.  A couple of my friends were going to work on the staff in Missouri for the summer.  They told me I should apply because the person lined up to be the outdoor education staffer had dropped out.  I was intrigued but terrified. After some coaxing, I decided to pursue this opportunity. It was more than I thought I could do – it seemed too big.

A bit of background information might help explain why my friends even asked me to consider this position.  I was pursuing a call to go into Christian ministry.  I graduated from Baylor University with an education degree and emphasis in church recreation(I reread the last few words of that sentence and it sounded made up but it is true … church recreation).  It was a new phase of cutting-edge ministry in the late 70’s and 80’s in an attempt to reach teenagers for the gospel (an edge that actually got dull super fast, as most edges do).  Nevertheless, in addition to my education classes, I took classes like sailing, canoeing, ceramics, backpacking, hiking, sports, games, camping.  I learned how to do all things related to outdoor and indoor fun.  (Daddy, if you are reading this, I believe it’s been long enough for you to know the truth about how the big tuition money you paid was really used.)  It was fun, and I was all about fun!  Life was an adventure and I was eager to jump in.

Everyone on the Centrifuge staff had a specialty area to teach.  My role for that summer was to teach ‘outdoor education.’  Each week I had 40 new students and counselors for 4 days, preparing them for the big campout trip. I would lead them on a backpacking overnight campout in the “mountains” of Missouri (in the language of the Chickasaw Indian, the word Missouri means, “a place of hot, humid, rainy conditions with large mosquitos”).

In our classes, I would teach all the skills necessary to go on a successful backpacking trip.  I taught them how to select the best campsite, backpack, and sleeping bag.  I taught them how to pack everything, how to light a camping stove and cook a meal, how to dig a latrine, how to set up a tent, how to tie knots, how to build a campfire.  I think you get the picture.  I was never that good at all these skills in college, as I was much more interested in the having fun part of church recreation.  The truth is, I had to get the guys on my Centrifuge staff to “reteach” me how to do some of these things before I could “teach” boy scout type guys, including men, how to do this.  It was extremely daunting.  I certainly didn’t feel qualified to do the job.

Bill recently preached a short series of sermons called “Courageous.” One sermon was about David and Goliath, from 1 Samuel 17.   We were asked three questions, “Why is it important for me to expect the very best?” There are three answers, 1. It honors God.  2. It sharpens my focus.  3.  It encourages those around me.

When David came up to the battleground to bring his big brother warriors their lunch, he heard the giant cursing his God.  He looked around to see who was going after him and every soldier was silently frozen where they stood.  He couldn’t believe it.  I Samuel 17 tell us David asked, “Who is this uncircumcised Philistine that he should defy the armies of the living God?” David told King Saul, “Let no one lose heart on account of this guy; I will go and fight him.” Can you just imagine the mocking and ridicule he received for making such a statement? The warriors possibly asked David, “What are you thinking? You aren’t wearing armor or carrying a sword. You’ve only got a slingshot. He’s too big to hit.” David replied, “No, he’s too big to miss!”

Saul basically said, “You? How? Impossible? That’s ridiculous!”   David didn’t lose focus or resolve, he told Saul,  “I have been keeping my father’s sheep. When a lion or a bear came and carried off a sheep from the flock, I went after it, struck it and rescued the sheep from its mouth. When it turned on me, I seized it by its hair, struck it and killed it.  Your servant has killed both the lion and the bear; this uncircumcised Philistine will be like one of them because he has defied the armies of the living God. The Lord who rescued me from the paw of the lion and the paw of the bear will rescue me from the hand of this Philistine.” (Exerts from I Samuel 17)

Because, with Gods strength, he had killed the lion and the bear, he knew could kill the giant! 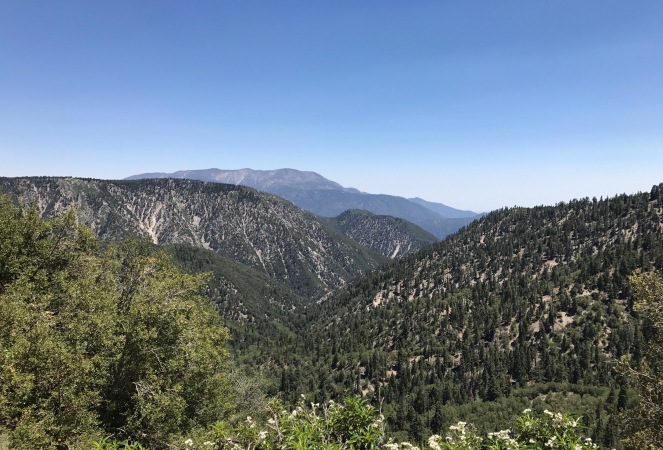 The small teenager vs. the giant of giants … the big match … the fight of the century … much like pay-per-view boxing, it was over in 5 seconds!  Unlike the usual matches, the little guy wins.  Granted, cutting off the giants head and holding it up in victory isn’t our American style, but it was absolutely the way they did it then. He used the giant’s own sword to cut off his head. David was showing everyone that, make no mistake, his God won this victory.

I recently told my adult daughter about my years as an outdoorsy person and she literally laughed out loud.  She said, “Mom, our family has never been camping or anything of the sort.”  I acknowledged this truth but told her there was a time when I was all about it.  I was a backpacker in Yosemite, which, in my opinion, was the pinnacle. I told her I actually taught people how to backpack and took them on overnight campouts.  She didn’t believe me.

In reality, the summer on staff at Centrifuge was one of the best things that ever happened to me. I was forced to do things I had never done by myself; things I wasn’t sure I could do.  My job was multifaceted, I prepared and taught a Bible study every day, I led my team in winning recreational games, I sang, I acted, I spoke on stage, I counseled but, most significantly, I had the chance to talk to teenagers about Jesus every day for an entire summer.  I killed the lion and the bear that summer of ’81.

Many summers have passed and I have killed many lions and bears.  When I was faced with a challenge that seemed beyond my ability I never faced it alone.  In the Holy Spirit’s power, I had succeeded to the glory of God to do what was needed for that situation.  Each experience reinforced this fact,  “I know what God had done in the past and I know what God is going to do now.  This is what happens when we live by faith and not fear.  We don’t say ‘if’ we say ‘when’.” (Bill Langley) That is when we remember that we already killed the lion and the bear.  Therefore, we know we can kill a giant with one small smooth stone.

“Know therefore that the LORD your God is God; he is the faithful God, keeping his covenant of love to a thousand generations of those who love him and keep his commandments.”(Deuteronomy 7:9)

Please join me this week in reading about the life of David in I Samuel chapters 16 and 17.

Have you killed the lion and the bear?

One thought on “The Lion and the Bear”