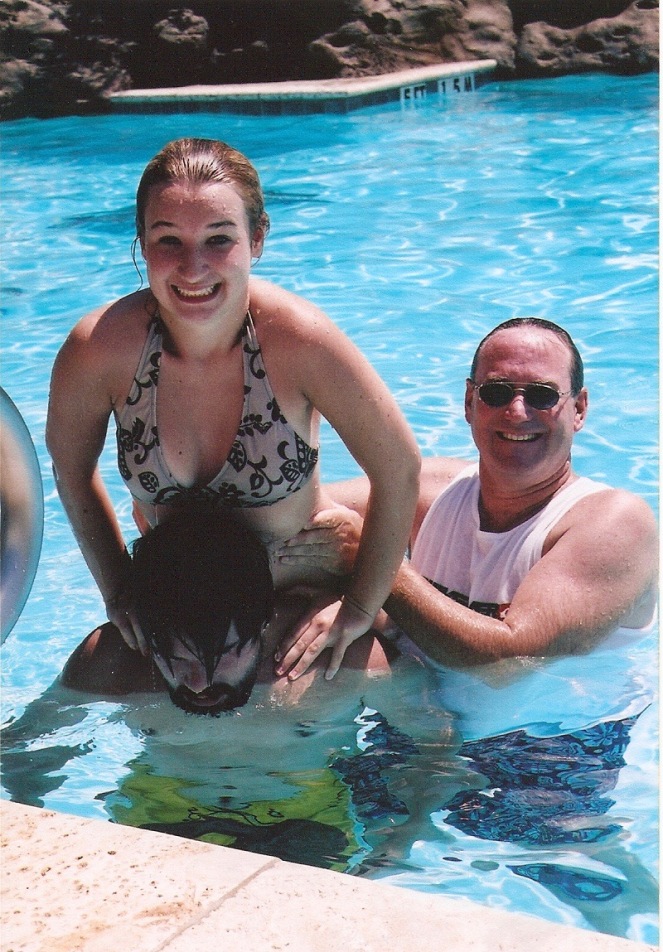 I am a water lover. I love swimming pools, the ocean and the lake. I even love a big bathtub! I think water is magical and even enchanting. When our kids were in high school we had a really great swimming pool. We used that pool as much as anyone possibly ever used one. In Texas we only closed it 3-4 months a year. Some of my best memories are with our kids and their friends … teenagers splashing, wrestling, diving and laughing.

When I was a kid, each time we had to move, our parents gave the big announcement and then the negotiations began. It was usually my brother who immediately knew what he wanted in exchange for a peaceful, happy move on his part. When I was in 3rd grade my parents came to us for a big talk and, by now, we knew what was likely coming, but we never let them off easy. This time it was Anaheim, California. I couldn’t believe my ears and the good fortune that had fallen in my lap. I had to act a little upset so that we maintained leverage for the negotiations. This time it was a no brainer. We unanimously voted for a swimming pool! There was no hesitation on their part either. The answer was a yes. My life just went from good to great. Sunny days everyday, the beach, Disneyland, and a swimming pool in our own backyard… Yes indeed, life was more than great. My brother was a bit reluctant that they would really come through with the promise (because he asked for a monkey when we moved to Brazil, and he is still waiting on that monkey).

When we arrived after the longest drive known to a kid from Oklahoma to California, we ran straight through the new house and out the sliding glass door to see the most beautiful huge swimming pool I had ever seen. We dug out our swimming suits and, without delay, jumped straight in. I spent countless hours in that pool. My brother and I had games that we made up and played with the seriousness of an Olympic swimmer. One of the games we loved was to see how long we could submerge a beach ball. Whoever kept it under the water the longest without letting it pop up won. This activity kept us preoccupied for hours, much to my mother’s glee. Anything that wore us out was ok with her. We loved that beach ball game and never gave up. But no matter how much we believed we could keep it under the water, it was impossible. When we least expected it, out from under us and into the sky that beach ball flew.

In Romans 1:18-25 it says, “For the wrath of God is revealed from heaven against all ungodliness and unrighteousness of men, who by their unrighteousness suppress the truth.  For what can be known about God is plain to them, because God has shown it to them.  For his invisible attributes, namely, his eternal power and divine nature, have been clearly perceived, ever since the creation of the world, in the things that have been made. So they are without excuse. “

My story of the beach ball is a word picture for the phrase in this passage that says they “suppressed the truth.” It’s easy to understand because probably all of us have, at one time or another, tried to keep a beach ball under the water. We might have also tried to run from God, all the while, claiming the truth is what we say it is. No matter who you are or how clever you believe you are, that beach ball of truth is always popping up and will loudly proclaim the truth about God, Jesus and the gospel. Jesus said, “I am the way, the truth and the life, no man comes to the father except through me.”

No matter how hard you try to suppress it, the truth is always going to pup up!